HomeSpec Certified Inspections, LLC was established in 2010 as a client-oriented Home Inspection and Home Watch service. Todd Miller, owner and chief inspector, is a Certified Master Inspector (CMI). This is a designation earned by meeting and exceeding InterNACHI standards for inspectors who have conducted over 2000 inspections and have been in business over 4 years.

HomeSpec is a family run business that caters to our clients in the home or condo buying market. Our approach has made us a leading home inspection company in western Michigan. 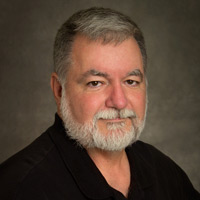 Todd Miller grew up in NW Indiana and started his formal career in the US ARMY as a US Army Warrant Officer and helicopter pilot. After entering the service at 19 years old as an enlisted Private with the job of Forward Observer in the artillery field, he applied for and earned the designation of Warrant Officer 1, AH-1 Cobra attack helicopter pilot before his 21st birthday. Todd was part of the first class of officers trained and rated in the AH-64 Apache helicopter. After flying and training all over the US and many parts of the globe, he took part in Desert Storm and Shield. Following the war, Todd started his own company in central Texas and spent three years building and remodeling homes. He moved to SW Florida and started and ran a successful Home Inspection company conducting thousands of inspections throughout the region and achieving the status of a Certified Master Inspector. He now is a SW Michigan resident, hobby farm enthusiast and continues his home inspection business.

“After having HomeSpec at my home prior to selling it I was amazed at the number of items I did not know were wrong. I repaired what was reported and my sale went much soother. Thanks”

On Angie’s List, Kris Diaz from Ohio writes, “Todd was very thorough, professional and on time to perform the inspection and we received the report the next day. Since we are out of state we were able to pay via credit card which allowed for quick turnaround with information. We would use his services again if needed in this area.”

On Angie’s List, Michael Huff from Florida writes, “MR. MILLER’S YEARS OF EXPERIENCE SHOW THROUGH. HIS INSPECTION WAS DELIBERATE AND PROFESSIONAL. HE EXPLAINED WHAT HE WAS DOING AND I LEARNED A LOT. MR. MILLER IS WORTH EVERY DOLLAR!”

“Todd provided wind mitigation inspection services for me on multiple occasions over the past few years. He was always professional and thorough in his work, and made himself available whenever was most convenient for me. I would recommend Todd to anyone considering him for similar work.”
Lucas Hand
Principal Financial Analyst at NextEra Energy, Inc.
December 24, 2012, Lucas was Todd Miller’s client